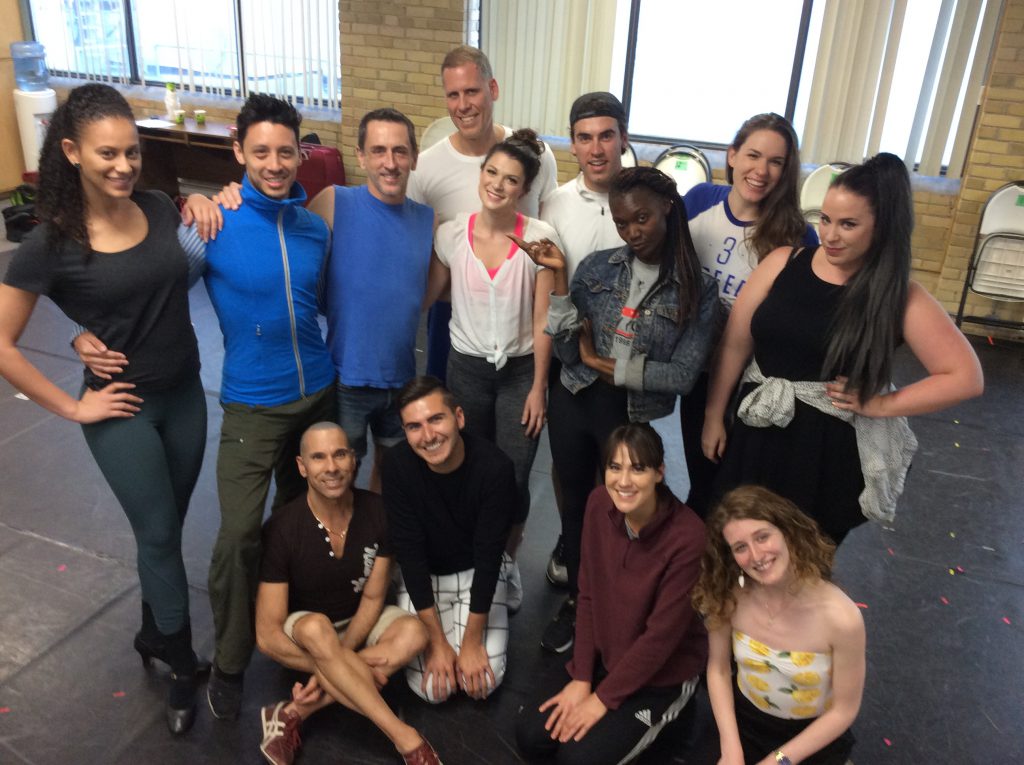 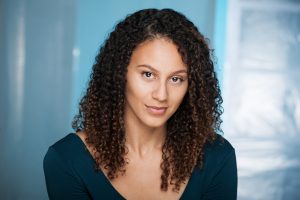 Originally from The Bahamas, Autumn-Joy is thrilled to be making her Toronto Fringe Festival debut in this incredible production of  Andy Warhol Musical: In Rehearsal. She is a graduate of Holland College’s Theatre Performance Program. Select theatre credits include: Cocolette in Shopkins Live!   (North American tour/ Koba Entertainment)  Sister Mary Robert in Sister Act (Lower Ossington Theatre) Sandy in Grease,  Charlene in Ain’t Misbehaving (Regency Theatre). She is humbled to perform alongside this amazing cast and is grateful to the creative team for this incredible opportunity.  Special thanks and much love to her family and friends for their constant support, especially Ruthie!  @autumnjoy242
Breanne Dietrich 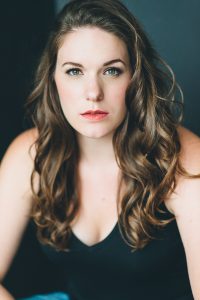 Breanne Dietrich is thrilled to be making her Fringe debut alongside such a wonderful team! Breanne is a Toronto based actor, singer and voice teacher. She holds a Master of Fine Arts in Musical Theatre from The Boston Conservatory and a Bachelor of Music in Classical Voice from Western University. Favourite credits include Mary Poppins in Mary Poppins (The LOT), Vivienne in Legally Blonde (The LOT), Abby in Musical of Musicals (Papermill). Also an avid cabaret performer, Breanne has performed her cabaret ‘The House That Built Me’ in New York, Boston and Toronto. Special love goes out to her (very new) husband Alex, who she is rather obsessed with. www.breannedietrich.com
Chase Winnicky 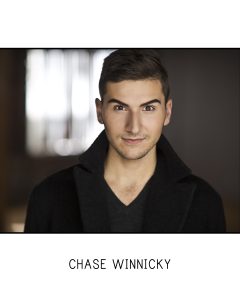 After spending the last 8 months touring overseas, Chase is thrilled to be back home in Toronto and working on this brilliant new piece with this Cast and Crew. Past credits include: Principal Vocalist/Vocal Captain aboard the Oceania Marina (Norwegian Creative Studios/Oceania Cruise Lines), The Drowsy Chaperone, Stage Door (Randolph College), The Nutcracker ’17 (The National Ballet of Canada), The Addams Family(Dry Cold Productions) and the World Premiere of QUO VADIS The Musical (That Way Productions/Winnipeg Fringe Festival). Love to Mom, Dad, Shane, Taylor and Sarah at 10 Talent Management.
Christopher Wilson 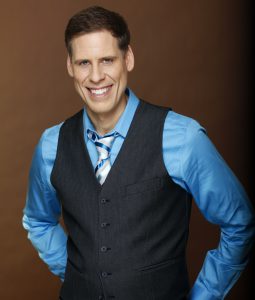 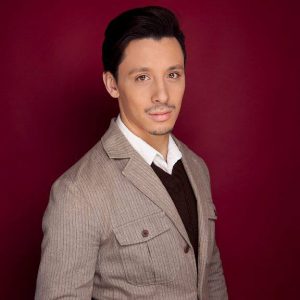 Devin is very excited to be joining the Andy Warhol Project for the Fringe Festival this year.  Previously he has been with Disney Cruise Lines for 5 years. On board the Disney Magic he was the Dancer/Tumbler for “Disney Dreams”, Ensemble/Gunther in “Tangled the Musical, and Ensemble for “Twice Charmed”. On board the Disney Dream Devin was the Dance Captain/Dancer/Tumbler for three shows: “Villains Tonight”, “The Golden Mickey’s” and Disney’s Believe”.   Prior to his DCL life he was with Drayton Entertainments “Dance Legends” in 2011 as a Dancer/Tumbler with a feature in the Oklahoma section. Devin hopes you all enjoy the show.
Duff MacDonald 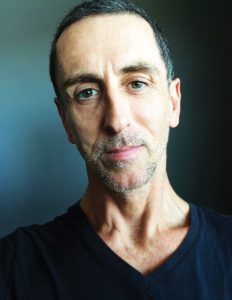 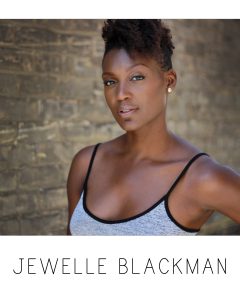 Jewelle is a Toronto based actor, singer-songwriter, playwright and violinist. Credits include original Canadian casts of The Lion King (Nala &Shenzi); We Will Rock You; Dreamgirls (Deena); Caroline or Change, Sousatzka and Hadestown directed by Tony Nominee Rachel Chavkin. Stratford Festival: Tommy(Acid Queen); Jacques Brel is Alive and Well and Living in Paris; Cabaret, As You Like It and Fiddler on the Roof. Other credits include Once on this Island (Timoune) Musical Stage Company and Man of La Mancha (Aldonza). Jewelle’s musical “you know my name, not my story” is currently in development. Film: Nine Lives. TV: Kim’s Convenience; Shadowhunters; Rogue; Shoot The Messenger. Special thanks to my family. @jewelleblackman
Julia Carrer 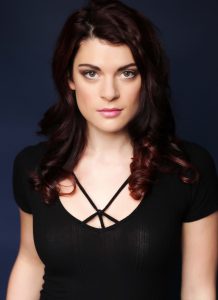 Julia has been a Warhol enthusiast since the age of 13, and is thrilled to be a part of this production! She has travelled the world to perform, from North and South America, to Asia and Australia. Select credits include Kaa in Jungle Book Live (Beaches Turks and Caicos), Drizella in Cinderella (Dubai Tour), Sarah Brown in Guys and Dolls (SCC), Sea Siren in Treasure Island (Sandals Jamaica), and Amy March in Little Women (SCC). Julia is a proud graduate of the Musical Theatre Performance Program at St. Clair College. She wants to thank her family and fiancé Ryan!
Kurtis Leon Baker 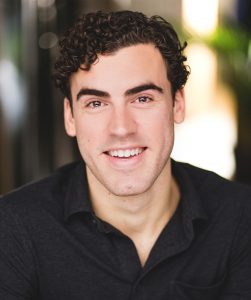 Kurtis is a graduate of NYU/Tisch School of the Arts at the New Studio on Broadway. Now based back in Canada, Kurtis has returned to work in film, television and theatre in Toronto. Most recently, he finished touring with Carousel Players as Hare in the production, Hare & Tortoise. Past workshop credits include: Clouds Are Pillows For The Moon, Rebel Prayer, and Your, Our Story. Among his work, Kurtis has been apart of companies at Shaw Festival, Canadian Opera Company, Carousel Players, New Development Productions, The Shanghai Theatre Academy, and several others. He also appears in the upcoming Toronto film, Sideboob(dir. Richard Rotter). Kurtis would like to thank this fantastically talented team, and as always, the fam!
Sara Hinding 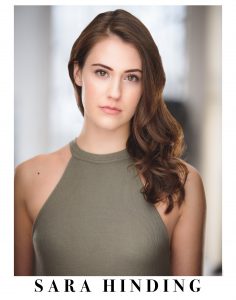 Sara grew up in Sault Ste. Marie, Ontario. She has trained and competed as a dancer for most of her life. After high school, Sara continued her studies at Randolph College for Performing Arts in Toronto where she expanded her performance training to the fields of acting and singing. She graduated from Randolph in August of 2017 receiving the Governor General’s award for highest overall academic standing. Sara has since began her career as an actor, dancer, singer in Toronto. Andy Warhol Musical: In Rehearsal is her first appearance in the Toronto Fringe scene and she is excited to be part of such a dynamic cast.
Sarah Gibbons 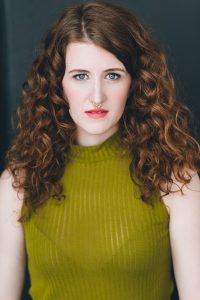 Born & raised in St. John’s Newfoundland, Sarah Gibbons is an actor, singer & emerging songwriter/music producer. She is currently working on her first EP titled “You’re Just A Sample, Now”. Credits include: Dot/Marie in Sunday in The Park with George (Edinburgh Fringe), Shapiro in Jacob Two Two (YPT), Cordelia in Falsettos (Musical Stage Company) Abigail Williams in Obeah Opera(Nightwood Theatre) and Louisa in The Sound of Music (National Arts Centre). Sarah is also a member of the Vocal Faculty at The Randolph College for the Performing Arts and holds her Masters in Music Theatre from the Royal Conservatoire of Scotland.
Stacey Kay 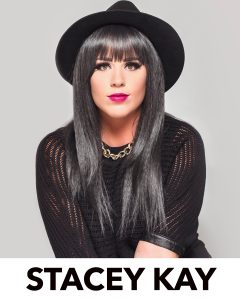 Stacey was a contestant on Season 10 of “America’s Got Talent”, advancing to the final rounds and receiving rave reviews from the judges. Last year, Stacey performed with Stevie Wonder’s band at a David Foster concert that included Gordon Lightfoot, Peter Cetera, Michael Bolton and of course, Stevie Wonder himself. Stacey’s unique and powerful voice paired with her machine-gun rapping style has garnered her online videos millions of views! This year Stacey had a video go viral making national news and being shared globally with over 35 million views by spontaneously performing one of Busta Rhymes’ fastest raps in a South Carolina Walgreens. Follow @StaceyKayMusic